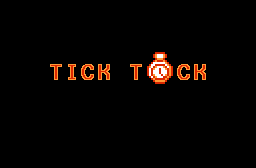 The clock is ticking! Can you solve this quest before your time runs out? If you don't, you will be warped back to the beginning! But you will be wiser with newly acquired knowledge, and will steadily get closer to your goal!

The whole quest is like a single big puzzle, which you have to solve under a time limit. Many actions will also make the clock tick faster, so after getting acquainted with the game world during your first runs, you will have to plan your moves and find the optimal ways to do things. There are often alternate solutions to solve the puzzles, but some are more efficient than others.

You have to start over after your time runs out (or after you die in a boss fight), but thanks to the clues and knowledge acquired during each run, you will be steadily figuring more things out and making progress towards the ultimate goal. Be aware that, among real clues, you may also find red herrings that will only waste your time! Can you figure out what is a useful clue, and what isn't?

The expected gametime to beat the quest is about two hours as long as you don't get too badly stumped. For completists, there is also a totally optional and cryptic meta puzzle hidden in there.

Your quest file is saved at the end of each run (since the quest does actually remember some of your progress), so make sure not to quit in the middle of a run if you feel progress has been made.

WORD OF WARNING: Because of the nature of this quest, is it very easily spoilable, so you should not watch a stream of it if you intend to play it later on. Similarly, I'd like to ask to any potential streamers to warn their viewers about this beforehand 🙂

No entries match your request.