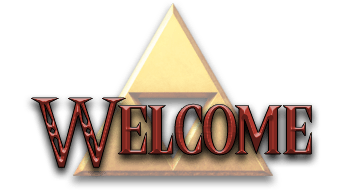 For use in the Official 6th Quest Contest, we are proud to offer Beta builds of Zelda Classic 2.53.1 Pre-Release.

This version includes many ‘Quality of Life’ features for building quests, including a host of new modular data formats. For more information, please view the download section, or download the latest package here.

These files exist in versions bot for 2.53.1, and for 2.55.0. Objects created in 2.53.1 can be opened in 2.55.0, but objects created in 2.55.0 will only work in that version (or later). When submitting a resource, please remember to appropriately flag the version of ZQuest Creator in which you made it; or when searching for resources, you may filter by the minimum compatible version.

These new modular data files aid substantially in quest-making, and with the sharing of individual assets, or sets of assets with the community.

The old formats such as .dmp (2.50.x DMaps) have been deprecated, but it is possible to import them in 2.53.1 using a new menu (Import 2.50.x Files), and then export them using 2.53.1 in the new formats. This change was required because the old formats were version-specific and would not be future-safe. (2.55.0 could not load them.)

In celebration of Twenty Years of Zelda Classic…

We are hosting a brand new Official Quest Contest for the 6th Quest!

We are hosting this contest through a Discord server, and you are all invited to participate. The contest is open to the public.

To coincide with the 20th Anniversary, 6th Quest Contest, (Discord Server) we’re working on the next maintenance release of Zelda Classic 2.53.0 (Release 3).

The quest that wins the contest will be included in the final build of ZC 2.53.0, Release 3.

For more details, see the threads on PureZC or on AGN:

MacOS Support, Is Sadly At An End

We, the developers of Zelda Classic are saddened to announce that  as of the release of Mac OSX 10.15, Zelda Classic will no longer be capable of running on OSX.

Furthermore, due to decisions made by Apple, it will not be possible to continue to offer Zelda Classic for the Macintosh platform.

The reasons are not of our choosing, but they stem directly from these decisions that Apple have made, for OSX 10.15

This last issue is tantamount to extortion, and as open source software developers, we will have no part in it. We urge anyone on OSX to write to apple and complain about this move, and the other decisions that they have taken to curtail your rights as an end-user in freedom of choice to run the software that you want to run. It seems clear that Apple, happy to continue selling iPhones, are trying to sabotage their desktop OS, and that you will only be able to run software procured via the ‘Apple Store’ from this point onward.

At this time we wish to thank our loyal users on OSX for more than ten years of using our software, and we hope that you will continue to do so in the future on other supported platforms. If a solution becomes available to run ZC on OSX in the future (e.g. WINE), we will of course support that, but for the interim, our hands are quite literlly tied.

Users may now submit Modules for ZQuest Creator and ZC Player Version 2.55, to a new database category, or download existing modules created by the ZC Development Team, and by other users, from the ZeldaClassic.com Resource Repository.

After several years of work, patching bugs and making various compatibility enhancements, we are pleased to announce the immediate release of Zelda Classic 2.53.0.

This release fixes various bugs in the 2.50.x series on modern Windows OS systems, and enhances quest compatibility with all prior versions.

This version includes an Emulation menu in ZC Player that allows selectively enabling feature/bug emulation for older quests, and offers the widest support for all quests made between versions 1.80 and 2.50.2.

At this time, only the Windows release of ZC is supported. Future support for MacOS X is in doubt, given the recent announcements by Apple that they will discontinue support for all 32-bit ‘apps’ in their operating system; and a Linux version is planned, but at present in hiatus due to issues compiling ZC in a modern Linux environment (gcc/g++)..

This version supersedes v2.50.2, and v3.50.3RC1 for Windows, and all support for these versions for the WIndows platform has ended. This version of ZC is supported via a LTS programme through to April 2023 on current versions of the Windows OS.

The server the forum resides on was flagging some posts that contained ZScript code snippets falsely as a cross site scripting attack, and banning the IP of the author.

We have worked with the host to resolve this, and hopefully prevent it from happening going forward, but if you or anyone you know is still experiencing issues please contact us right away so that we can help you.

All of the quests from the old Quest Database should now be available for download and review under the “Resources” tab. There are some true masterpieces in the database, rivaling the quality of even the official Nintendo SNES and Gameboy games, so if you are new to Zelda Classic, definitely take a look.

The migration process was not entirely straightforward, so some details might be off for some of the quests. If you notice an error, please post in the forums and we will take a look.

I have uploaded a page containing the older versions of Zelda Classic as well as the third party utilities.
You can find a link at the top of the Downloads page or by clicking here.