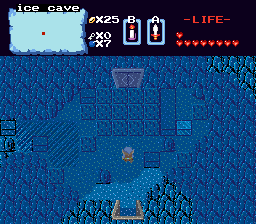 I made this quest as part of a 3-hour quest contest back in August of 2009. I didn't end up finishing it in time, so it ended up taking roughly 5 hours to finish, not counting bugtesting and subsequent updates. It is heavily improvised and many of the strings and design decisions are the first things that came to mind. It was previously unavailable on ZC.com, but I figured it ought to exist here, too. It shouldn't take you longer than an hour and a half to beat, and that's a very liberal estimate.